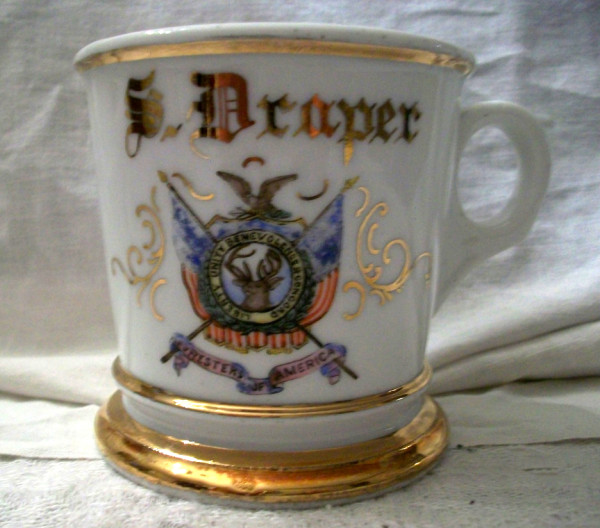 Fraternal Shaving Mug for the Foresters of America with their symbol featuring a crest with a deer’s head, crossed flags and an eagle on top. The inner ring of the seal reads “Liberty, Unity, Benevolence & Concord” the banner on the bottom reads “Foresters of America”. This is the standard design for this organization, the gilt borders around will differ based on the mug. The name here reads “S. Draper”.