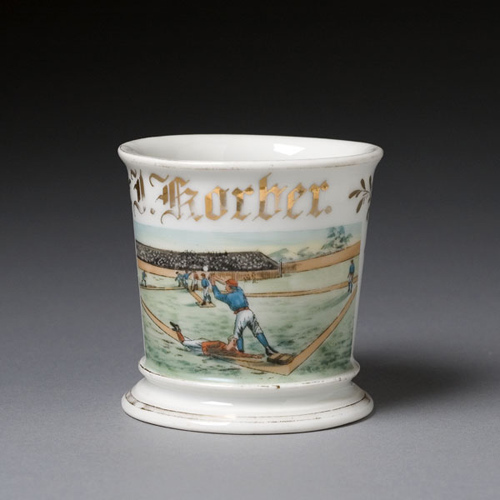 Baseball Player’s Occupational Shaving Mug, porcelain with polychrome painted baseball game. The scene is painted from the angle of second base, where a man has attempted to steal. At home plate the catcher can be seen with outstretched arm, having thrown after the pitch. The second baseman is fielding the throw bare handed! It appears as if the runner will be safe. With gilt name J. Korber. Gilt designs border the scene.